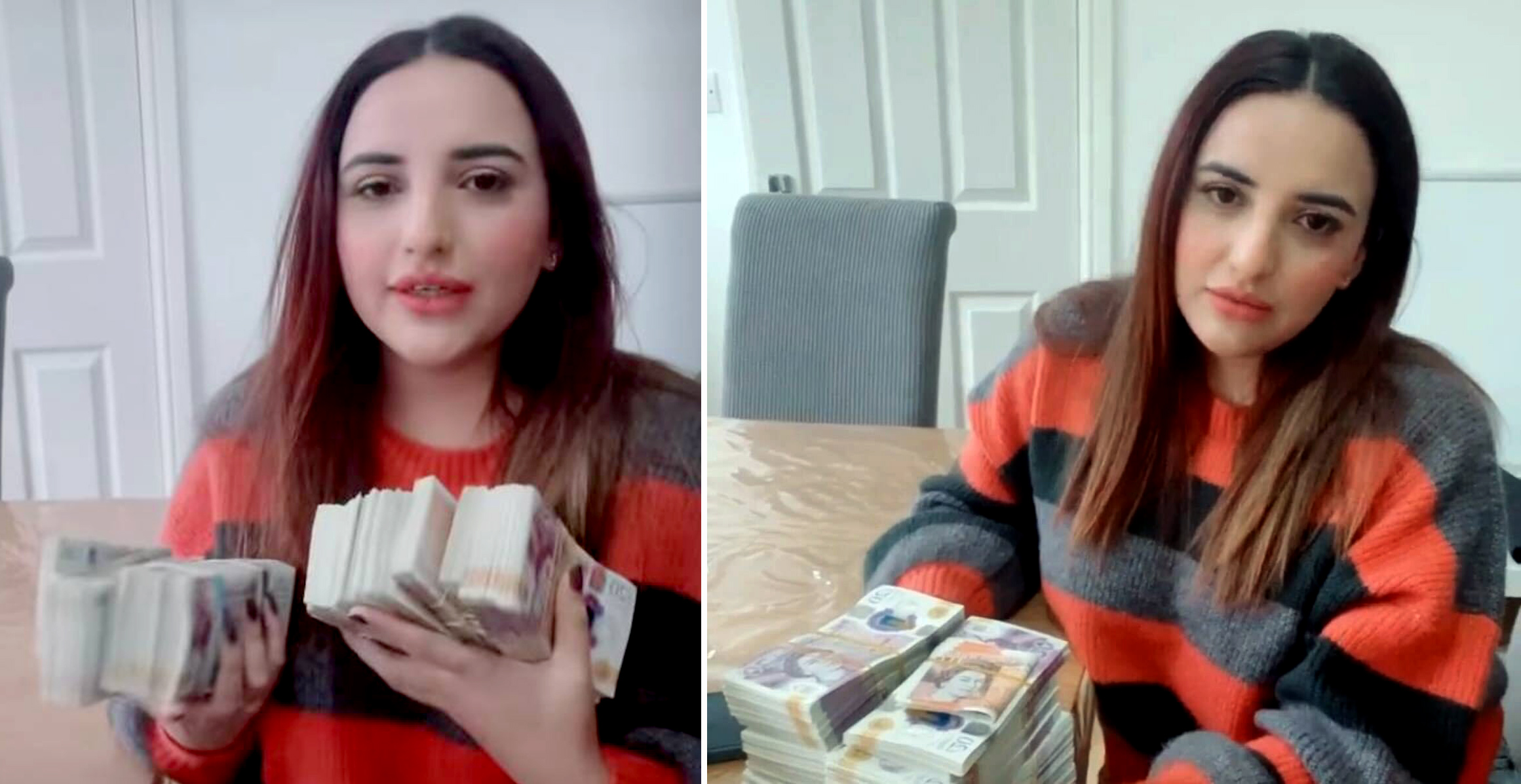 The Federal Investigation Agency (FIA) on Wednesday initiated a money laundering probe against TikToker Hareem Shah, FIA Sindh spokesperson confirmed to media. A video clip of the social media star went viral in which she could be seen flaunting foreign currency while claiming she managed to easily take a hefty amount out of Pakistan.

According to the record, Shah flew to Doha on January 10. The FIA official, in a statement, shared that a probe has been launched against Shah for laundering a large sum of foreign currency. The spokesperson further added that the FIA decided to write to Britain’s National Crime Agency to take action against the TikToker.

In the said video, Shah went on to mock the authorities and shared: "I was bringing a large amount from Pakistan to the UK for the first time. When bringing the amount, one must be careful because you might land yourself in trouble. No one stopped me because no one can. I easily took the large sum out of the country."