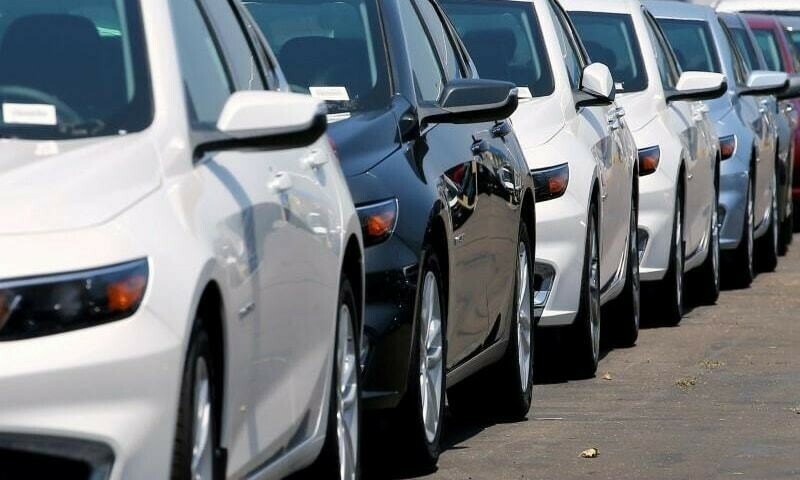 ISLAMABAD: The government has allowed the import of 2,200 luxury vehicles in the first six months of the current fiscal year while the country was crippled with strict foreign exchange control even for imports of essential consumer items and industrial goods.
As a result of the strict foreign exchange control, the piling of containers containing different consumer and industrial products reaches almost 8,500 in the first half of this year at ports across the country, an official source told Dawn on Monday. Contrary to this, the traders put the stuck-up containers figure at 5,500.
As per customs data, over 95 per cent of 8,500 containers are held up at ports due to the non-opening of letters of credit (LCs).
These containers carry consumer goods, industrial goods, pharmaceuticals and perishable products, while imports of used luxury cars are swiftly clearing at ports.
Data showed that in the first six months, the import of new cars stood at 193 vehicles. Of these only 25 vehicles falls within the category of 1,000-1,800cc while four vehicles above 1,800cc during the period under review.
The bulk of 164 luxury electric vehicles was imported between July and December 2022. The only benefit that Pakistan has from the import of these vehicles is in the shape of duty and taxes which was nearly Rs2 billion. However, the country spent hundreds of billions of rupees on the import of these vehicles.
The real jump was seen in the import of three years old luxury vehicles in the first six months of the current fiscal year. Nearly 1,990 vehicles were imported between July and December 2022.
The import of these vehicles is allowed only for overseas Pakistanis, but this facility is being misused by importers who pay up to Rs10m in the case of SUVs to passport owners.
The bulk of 1,450 used vehicles was imported in the category up to 1,000cc. The import of vehicles between 1,000-1,800cc stood at 370 vehicles while the import of luxury electrical vehicles stood at 20 during the period under review.
The revenue collection on import of used vehicles stood at Rs7bn during the first half of the current fiscal year.
A senior customs official told Dawn that most of these vehicles were imported in the first quarter (July-September) as they had been in the pipeline. The second quarter (October-December) saw imports of a very small number of vehicles, he added.
The official said that the import of vehicles has crashed during the current fiscal year compared with the last year. The total import of vehicles was 28,000 in 1HFY22. Of these 9,000 were new and 19,000 used vehicles.