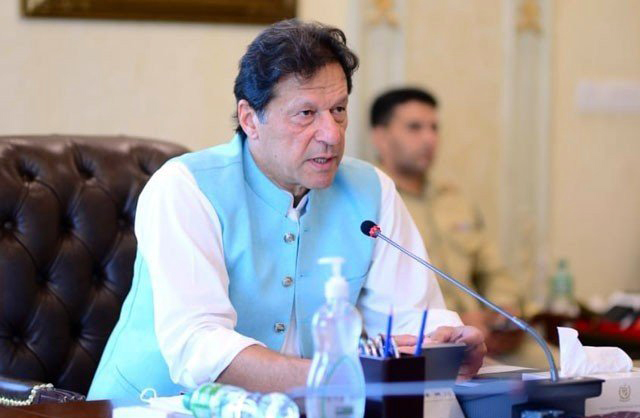 In an apparent response to his detractors, the PM told a meeting of party spok­e­spersons on Monday that “civil-military relations are unprecedented these days”.

The prime minister had shared similar views during a meeting with a journalist last week.

When asked — in the context of rumours of a possible deal between the PML-N and military to send his government packing — whether he felt threatened from any quarters, the PM said he personally was not under any kind of pressure. He added that he enjoyed the support of government allies and exp­ressed the confidence that his government would complete its mandated five years.

Talking about the tragic incidents that occurred in Murree over the weekend, the PM was of the opinion that timely arrangements could have averted the deaths of 22 people.

A close aide to the PM told Dawn after attending the meeting that he praised the military for swiftly rushing to the aid of those stranded in Murree and carrying out a rescue operation in the calamity–hit hill station.

PM Khan said the number of tourists in the country had increased while the infrastructure was the same as it was several decades ago, stressing the need for improving facilities and constructing new hotels in tourist spots.

Finance Minister Shaukat Tarin also told the meeting about agreements made by the Pakistan Tehreek-i-Insaf (PTI) government with the International Monetary Fund (IMF). He also claimed that prices of food items were on the decline.

Earlier, PM Khan called the extremist agenda of the Narendra Modi-led government “a real and present threat to peace in the region”, saying that all minorities in India were in the crosshairs of extremist groups operating under the patronage of the ruling Bharatiya Janata Party (BJP).

In a series of tweets, the prime minister lambasted Mr Modi for his “continuing silence” and inaction against extremist Hindutva groups that were calling for genocide of minorities in the country.

Mr Khan said the extremist ideology of the ruling BJP was behind the provocations against India’s minorities.

“Under the extremist ideology of the BJP Modi govt, all religious minorities in India have been targeted with impunity by Hindutva groups,” he said and urged the international community to take notice of the calls and act against it.

Last month, leaders from several far-right groups in India had called for the ethnic cleansing of minorities in the country, especially targeting its 200 million-strong Muslim population.

The “hate speech conclave” was reportedly organised by Hindutva leader Yati Narsinghanand from Dec 17 to 19 in the city of Haridwar, where multiple calls to kill minorities and attack their religious spaces were made.

It has also been reported that Hindu leader Narsinghanand has been accused of inciting communal tension against the Muslim community on several occasions.

Similarly, Sadhvi Annapurna, the general secretary of the political party Hindu Mahasabha, also gave a call to arms and incitement to genocide.

“Nothing is possible without weapons. If you want to eliminate their population, then kill them. Be ready to kill and be ready to go to jail. Even if 100 of us are ready to kill 20 lakhs of them (Muslims), then we will be victorious, and go to jail,” he had said.

On Monday, PM Khan also chaired a meeting of senior PTI leaders, directing them to take effective steps to further strengthen the PTI’s organisational structure across the country.

He also called for activating PTI workers for success in the upcoming local government elections.

Following their unexpected defeat in the recent local government elections in Khyber Pakhtunkhwa — considered a PTI stronghold, the prime minister had dissolved the organisational structure of the party across the country and formed a committee consisting of senior party leaders to oversee the reorganisation of party cadres.