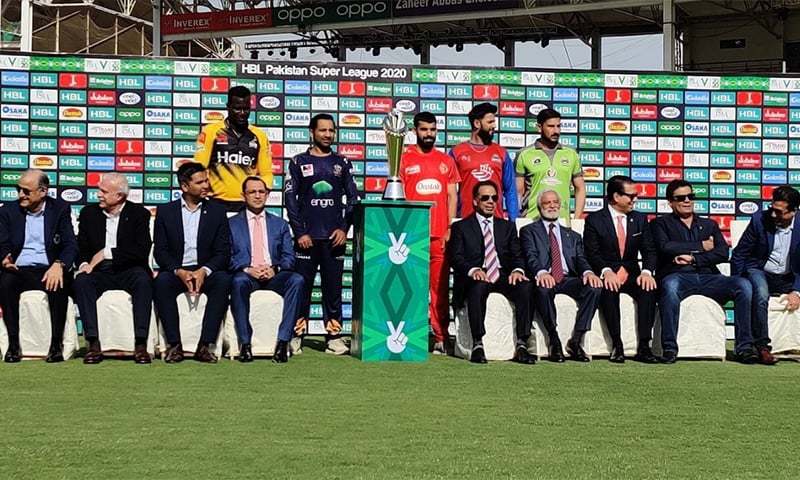 The Pakistan Cricket Board (PCB) on Friday decided to cut short the ongoing Pakistan Super League (PSL) 2020 and hold the final match of the tournament on March 18 instead of March 23.

According to a press release by the cricketing body, the playoff match has been replaced by the semi-finals, which will be held in Lahore's Gaddafi Stadium on March 17; one at 2pm and the second at 7pm. The final will also take place at the Gaddafi Stadium at 7pm on March 18.

The playoff matches scheduled for today, tomorrow and March 15 will be held according to schedule.

The announcement came hours after the board announced that the tournament will continue as planned.

PCB had also said that all players participating in PSL 2020 have been given the option to pull out of the tournament amid growing fears of the coronavirus pandemic.

“Today, the PCB and the team owners, as part of their duty of care, have decided to give all the players the option to decide if they wish to return home," PCB Chief Executive Wasim Khan was quoted as saying.

According to an official statement by the cricket board, the following players have confirmed they will not take part in any future matches of the tournament.

“This remains an evolving and unprecedented situation with a number of moving parts that require constant and regular monitoring. Ensuring that the players feel comfortable remains paramount to the PCB," Khan said.

"As of now, it is important to emphasise and clarify that the main concern of many [...] who have chosen to return home, revolves around avoiding a potential situation where they might become stranded either due to flight cancellations or border closures in their own countries."

He added that the PCB will facilitate their safe return and will ensure the same for all of the players and support staff personnel who decide to withdraw from the league.

"We will continue to assess and review the situation and will not hesitate to make what we believe are the right decisions for everyone involved," he said.

Remaining matches to be played without crowd

In another statement issued today, the PCB has decided that that final few matches of PSL scheduled to take place in Lahore will be played behind closed doors, meaning that all remaining matches will be played in the absence of spectators.

Yesterday, Sindh Chief Minister Syed Murad Ali Shah had announced that all PSL matches at Karachi's National Stadium would be played without spectators.

“A high risk is involved in allowing spectators to gather in the stadium to witness the matches and we can’t put everyone at risk, therefore matches will be held without spectators,” he had said.

The PCB had endorsed the Sindh government's decision and the board's chief executive had also said that they were in consultation with the Punjab government over holding the remaining matches without spectators.

In today's statement, the cricket board said: "The decision will not impact accredited commercial partners, media and other service providers, who will be allowed to enter Gaddafi Stadium.

"In addition, immediate families of competing players, player support personnel and franchise owners will be allowed to attend the matches."

The statement added that the step has been taken as a precautionary measure to better protect the health and safety of all those involved, adding that all those who had purchased tickets will be given a full refund.