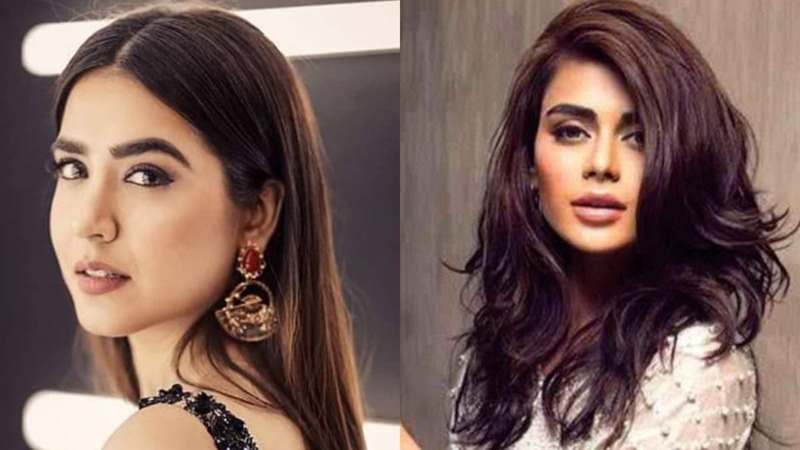 If you thought the mini feud between Mansha Pasha and Sadaf Kanwal had ended, you were wrong.

Sadaf came on Ahsan Khan's talk show where he asked her who doesn't belong in the industry and she said - you guessed it - Mansha Pasha.

When asked why she went on to say, "Waise hi [just because]... She’s so beautiful she should… house…” implying that the Laal Kabootar actor should stay at home, never clarifying how come.

When confronted by Ahsan Khan who said, "But she’s a good actor," Sadaf responded by saying, "I'm also [a] very good actor, so? It’s my opinion."

Mansha Pasha, who is known for holding her own in such conflicts, did not shy away from sharing her thoughts on the matter and she did a good job at it.

Said Pasha in her post, "Fortunately for all of us, it is Allah who decides who should be where. He takes you to where you have to be. For the rest, thank you next!"

The best part about Mansha's response is how she didn't resort to any hateful retorts or turn to any personal remarks regarding looks or behaviour. She just made her place known and that's how it should be.

This isn't the first time the two have been in a conflict. Last year, Sadaf gave a savage comeback to Mansha after the actor indirectly called her out an a tweet saying "Women need to step up and speak better.

All we wanna say is that women are continuously pitted against each other and there is already enough misogyny and internalised misogyny in the world. Such banter shouldn't really be occurring in this day and age and it certainly shouldn't be going on for over a year.