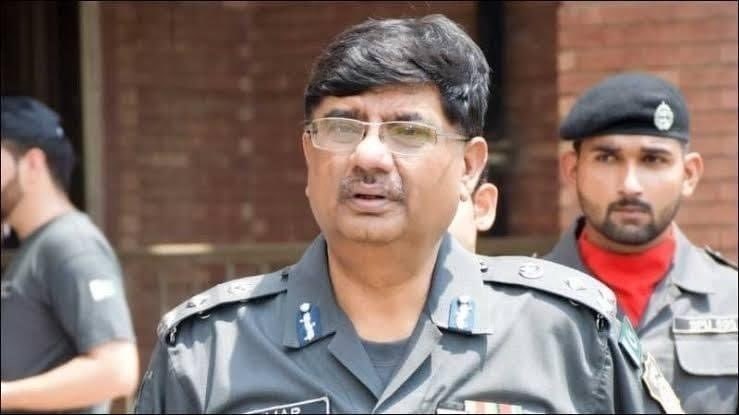 Lahore Capital City Police Officer (CCPO) Umer Sheikh on Monday apologised to the motorway gang-rape victim for his earlier remarks implying that she shared responsibility for her rape.

Last week, two ‘robbers’ allegedly gang-raped a woman at gunpoint in front of her children in Lahore's Gujjarpura area after she was stranded on the Lahore-Sialkot motorway.

Following the incident, the CCPO invited criticism when he pontificated that the victim had failed to take due precautions before setting off for her journey.

According to the Lahore police chief’s logic, the woman could have avoided being at the wrong place at the wrong time. He said she should have taken the more populated GT Road to Gujranwala instead of going via motorway, and that she ought to have checked how much fuel her car had before setting off.

Speaking to reporters today, the CCPO said that he had "apologised earlier as well".

"I did not mean anything wrong or [to give a wrong] perception and if any misunderstanding was caused because of me, then I apologise from the depths of my heart to my sister who was abused and to all sections of society who were saddened or angered.

The CCPO had given an "irrelevant statement", Buzdar had said.

"The IG has issued him a show-cause notice [for this statement] and directed him to submit a reply within seven days," the CM added.

Buzdar said legal action would be taken against the CCPO after the submission of his reply.

"What kind of an inquiry is this where the departmental head is holding the victim responsible for the incident?" remarked Justice Qasim Khan, referring to the CCPO's comments.

"The entire Punjab cabinet should have apologised for the Lahore police chief's remarks," he added.

"If an investigation is being carried out with such a mindset then who knows what is reality and what is made up," Justice Qasim Khan said.

The CCPO's comments had triggered a strong reaction from civil society and human rights activists, who condemned the statement and called for his removal from office.

"On the other hand, the law enforcement agencies, supposed to protect citizens, are led by the people like CCPO Umar Sheikh who chose to do victim blaming to change the narrative just to hide their own incompetence. In reality, they end up unveiling their deep-rooted misogynistic nature and lack of gender sensitisation," she said.

She added the CCPO’s statement meant he was misfit for the post and that he should be immediately discharged of it.

"We want police, judiciary and the government to make policies that don’t question women about their whereabouts, travel or clothes. They should rather invest their efforts in preventative measures for an end to this violence," she suggested.