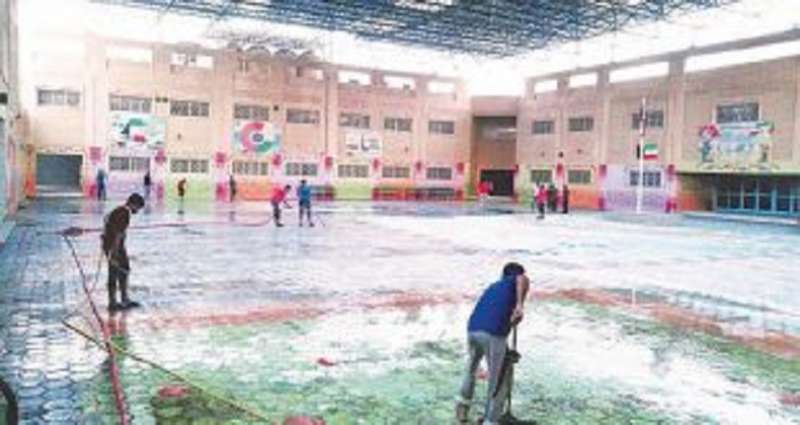 MP Musaed Al-Ardi criticized the Ministry of Education’s plan on the resumption of traditional classes in the upcoming academic year as most schools are not yet ready to receive the students. He found out that most of the educational districts have no maintenance and cleaning contracts, indicating some teachers even asked their household workers to help in cleaning the schools. He said the government approved the biggest State budget in June 2021, yet Minister of Education Ali Al-Mudaf asked the Union of Consumer Cooperative Societies to donate supplies for the schools.

However, the Ministry of Education denied this; clarifying the union submitted a proposal to support some schools as part of its social responsibility, not because the ministry requested for it. He also denounced the plan of the Education Ministry to require teachers and students to undergo PCR test weekly, warning this will put more pressure on the Ministry of Health. He pointed out that State institutions and all countries require the submission of the result of a PCR test conducted within 72 hours, yet the Education Ministry obligates teachers and students to submit the same weekly.

He added that at present; the Health Ministry’s laboratories cannot accommodate all the teachers for the PCR test, so most of them will most likely go to private laboratories — an indication that the decision favors businesspersons or traders. “If this is the case now, what will happen once both the teachers and students are required to undergo PCR test weekly?” he asked.

On the other hand, MP Osama Al-Menawer asked Deputy Prime Minister, Minister of Justice and Minister of State for Nazaha Enhancement Abdullah Al-Rumi about the applicants who passed the test for various positions — expert accountant, assistant expert accountant, expert engineer and assistant expert engineer — at the Experts Department in the Ministry of Justice. He wants to know the measures taken to address complaints regarding the test results if any, members of the committee tasked to interview and endorse applicants, if there have been changes in the distribution of scores as per the criteria, if such a decision was taken before or after the publication of the job advertisement, and scores of the applicants without the interview points.

Al-Menawer forwarded queries to Minister of Foreign Affairs and Minister of State for the Cabinet Affairs Sheikh Ahmad Nasser Al-Muhammad regarding the Civil Service Commission (CSC), which is affiliated to the Ministry of Foreign Affairs. He inquired about the reason behind the CSC’s rejection of the additional task allowance for Bedouns, number of Bedouns employed in public institutions under government contracts, number of those under the wage system, reasons for putting them under the wage system instead of government contracts, number of annual leave days and days off granted to them, benefits granted to those under government contracts which are not given to those under the wage system, number of those entitled to the frontliners’ incentive but were rejected by the CSC, and reasons for not granting Bedoun teachers and administrative workers the incentive for preparing schools for the new academic year and exams related tasks. By Saeed Mahmoud Saleh Arab Times Staff