KUWAIT: US Ambassador to Kuwait Alina L Romanowski visited the Kuwait Oil Company’s (KOC) Al-Abdaliya Nature Reserve on Thursday, and was welcomed by KOC’s Public Relations and Information Group Manager Mohammed Al-Basri. The Ambassador’s visit comes as part of the United States’ wider efforts to cooperate with countries around the world in addressing various environmental and climate change issues.

“The US is engaging with partners around the world to ask: how can we all do more?” Ambassador Romanowski said. “The threats to our environment are real, and I’m looking forward to working with more agencies in Kuwait on joint collaboration activities.” “KOC is making all possible efforts to preserve the environment in Kuwait,” said Basri. “These efforts, which have been ongoing for decades, have been strengthened recently thanks to the many partnerships we have entered into, most notably the Global Partnership with the World Bank.” 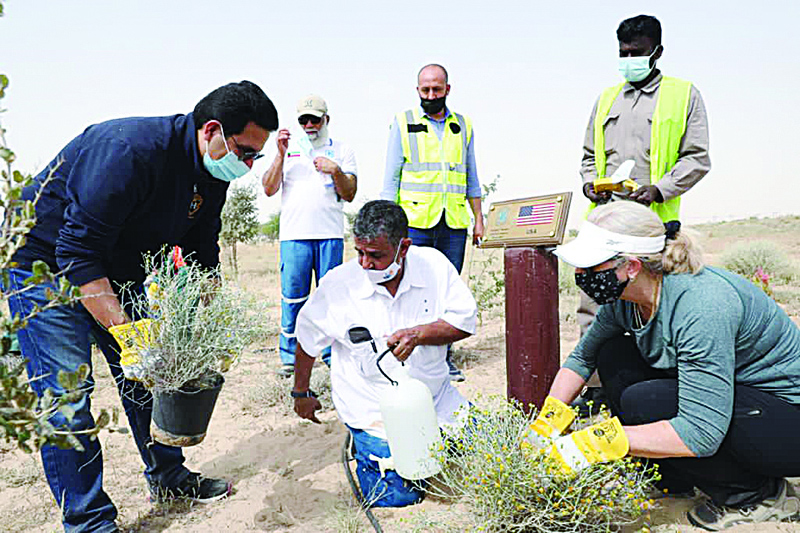 Located 50 kilometers west of Kuwait City, the protected area aims to preserve Kuwait’s native ecosystem and restore life and biodiversity to the desert. During her tour, Ambassador Romanowski learned about the environmental protection efforts at the reserve. “The Al-Abdaliya Nature reserve is one of several operated by KOC to support environmental sustainability,” Ambassador Romanowski said. “The US Embassy will continue to support Kuwait in these endeavors by sharing American expertise and best practices on environmental policy, sustainability, climate change, and more.”

The US Embassy in Kuwait organized several initiatives in the last few years to increase awareness about environmental protection and climate change. Several air quality speakers visited Kuwait through the State Department’s US Speakers Program to highlight issues related to air pollution. The embassy also engaged with local schools to organize recycling drives and promoted the large-scale Our Ocean Conference in Kuwait, an initiative spearheaded by former US Secretary of State John Kerry.