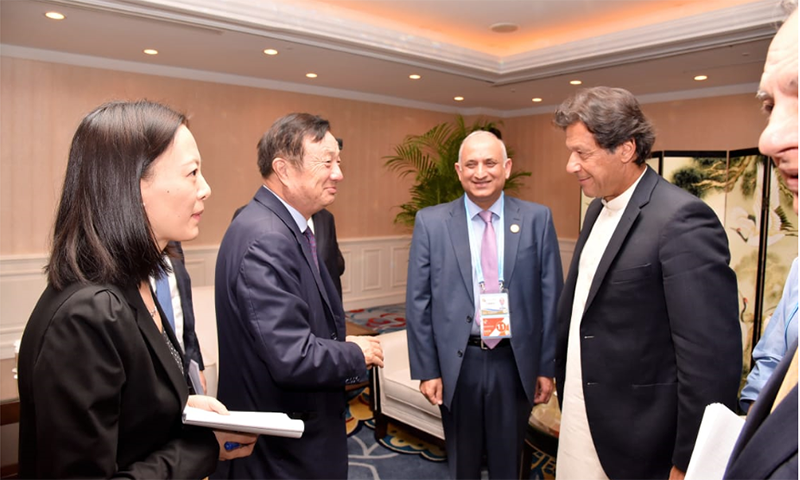 Prime Minister Imran Khan on Sunday met the founder and chief executive of Chinese tech giant Huawei, Ren Zhengfei, in Beijing, who expressed his interest in making "heavy investment" in Pakistan, according to a statement by the Ministry of Planning.

Huawei has already set up a regional service centre in Pakistan, the statement notes, adding that 600 IT professionals are presently working there.

The prime minister also met with representatives of other leading Chinese firms, who pledged large-scale private sector investment in Pakistan.

The CEOs of Rainbow Agritech Group, Challenge Apparel, Li & Fin Corporation, and Foton cars were among the business leaders who met the premier, according to the planning ministry handout.

Board of Investment (BoI) Chairman Haroon Sharif and Advisor to PM on Commerce and Industry Abdul Razak Dawood were also present during the meetings. The prime minister directed the BoI chairman to remove any hurdles faced by investors and ensure that they are facilitated on a priority basis.

Multiple new memoranda of understanding were inked with various Chinese firms to further cooperation in diverse fields, the details of which are as under: